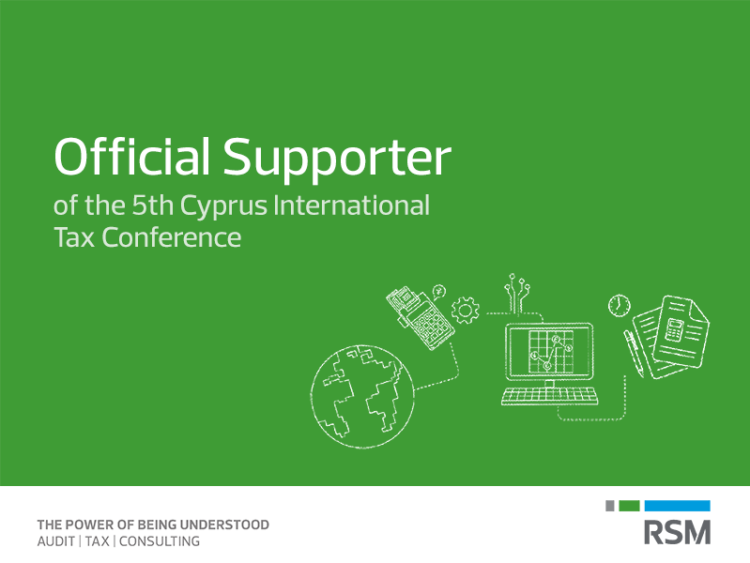 RSM in Cyprus, as one of the official supporters of the 5th Cyprus International Tax Conference, was presented at the conference held on March 15, 2022, in Nicosia.

The conference focused on the new global tax reality that Cyprus and the Cyprus tax professionals are called upon to address. Among others, subjects that were analysed were concerning issues related to tax reforms, their challenges and their impact on the competitiveness of Cyprus, the EU Tax Policy Agenda and the forthcoming actions, the measures that the EU is taking to tackle the aggressive tax planning, the misuse of ‘Shell Companies’ and the treaty shopping. In addition, the Cyprus Recovery and Resilience Plan was presented, with reference to the 2030 target for reducing greenhouse gas emissions and the recent agreement reached between the EU finance ministers to update the current rules governing value-added tax (VAT) rates for goods and services.

The attendees had the opportunity to ask questions, discuss, and comment on the new tax reality and the current and future tax reforms, with the notable speakers of the conference coming from the domestic private and public sectors and government regulators.

The CEO of RSM Cyprus, Mr George Themistocleous, as one of the conference’s keynote speakers, in his presentation “One step before the end of the Treaty Shopping”, referred to the Multilateral Convention, one of the 15 Actions issued by the OECD to tackle the base erosion and profit shifting, a strategy that Cyprus has adopted and has also applied in the double tax treaties in which it forms one of the parties.

Correspondingly, commenting in a relevant interview, he stated, “For Cyprus, these changes are considered a challenge. As audit firms and tax advisors, we are obliged to inform the companies in Cyprus about the new tax regime concerning double taxation treaties. At the same time, I believe that the role of the multilateral instrument is a way of strengthening the double taxation treaty agreements since the erosion of the tax base and the profit-shifting is a significant issue that affects the country’s economy. “

With offices in Limassol, Paphos and Nicosia, RSM in Cyprus is among the leading providers, offering a comprehensive range of auditing, tax and consulting services.