One step before the end of Treaty Shopping 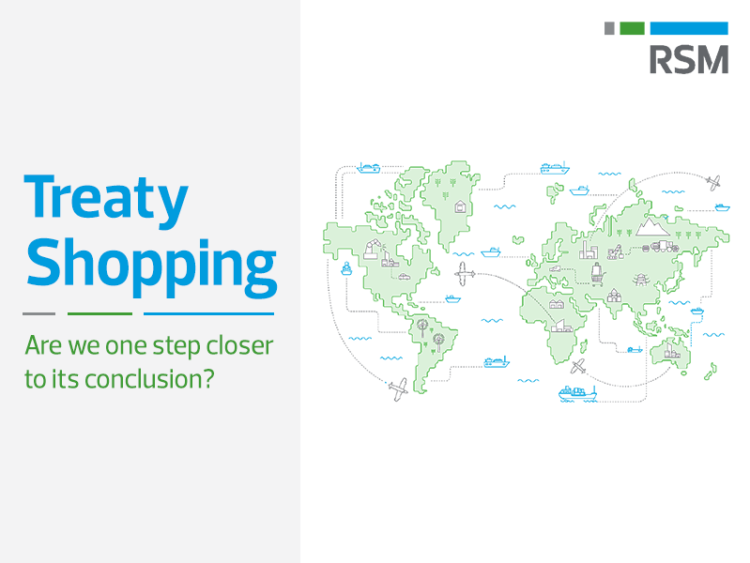 Are we one step before the end of Treaty Shopping?  What will be the impact on the Cyprus tax resident entities?  How will the Cyprus economy be affected?

Many developments in international taxation have occurred in recent years, mostly as a result of the OECD/G20 Base Erosion and Profit Shifting initiative, also known as BEPS Project.

In relation to the above, the Multilateral Convention might be viewed as a global mechanism for updating bilateral double tax treaties.

Since the convention’s wording was decided in November 2016, 99 jurisdictions have signed it, with more governments indicating their wish to do so.

The MLI has already begun to have an impact on the bilateral treaties of the 70 countries that have ratified it until February 2022. It is likely to have an impact on over 880 treaties signed between those 70 jurisdictions, with an additional 940 treaties whose application will be modified after the MLI is adopted by all Signatories, affecting over 1800 treaties worldwide.

Cyprus signed the agreement during the first high-level signing ceremony, which was held in Paris in June 2017, demonstrating its commitment to implement the BEPS project recommendations. In addition, on the 22nd of January 2020, it published its instrument of ratification in the Official Gazette, which was submitted with the OECD the next day.

The Republic of Cyprus approved the integration of the actions of the framework for the ‘Erosion of the Tax Base and the Shifting of Profits’ concerning Action 6 (Prevention of Tax Treaty Abuse) and Action 14 (Mutual Agreement Procedure) by decision of the Council of Ministers dated 5/4/2017 in order to ensure our country’s required compliance with the minimum standards. Cyprus has stated that it will cover all of its current conventions, with the exception of those where the adoption of minimum standards have already been bilaterally agreed.

The “Principal Purpose Test” is expected to have the most significant impact on the Cyprus DTT as a result of adopting the Action 6 of the BEPS.

Given the extensive use of treaty shopping schemes on a global scale, Action 6 of the BEPS Action Plan, and Article 7 of the Convention, target those tax abusive schemes seeking tax advantage by using shell or conduit companies in various jurisdictions.

The PPT will apply to deny treaty benefits if the tax administrations can reasonably conclude that obtaining the treaty benefit was one of the principal purposes of an arrangement or transaction. On the other hand, the burden of proof is set over the taxpayers in cases they were denied treaty benefits under certain circumstances.

The extensive network of Tax Treaties of Cyprus gives the country the possibility to attract the incorporation of legal entities that are used as a medium to effective tax planning.

In addition, the domestic tax legislation, allows Cyprus to be characterised as one of the most favourable tax jurisdictions in Europe and on a global level. However, the implementation of the MLI has made it clear, that schemes structured without economic reasoning and that have been established to exploit tax advantages through the treaty networks of the signing parties to MLI (including Cyprus), are not expected to be granted the treaty benefits.

It is therefore concluded that treaty benefits can be awarded to arrangements or transactions that are undertaken as part of a core commercial activity and not being designed to exploit tax advantages.

It is also expected that the above developments will have a significant impact on the Cyprus tax resident entities and the Cyprus economy in general.

Multinational corporations have long regarded Cyprus’ DTT network as optimal, and it has been frequently utilised. These multinational corporations must examine their current arrangements in light of the new developments and comply with the so called “substance requirements” to their Cyprus-based organisations. They must provide a clear reason for their existence supported by commercial considerations. This varies by entity, primarily according to their activities and business nature.

Failure to comply with the minimum substance requirements, as these are expected to come into play to tackle shell companies, and the Principal Purpose Test as already described, may lead to unwilling recharacterisation or disregarding of incomes, higher taxes, possible double taxation and given the extent of the incompliance, interests and monetary penalties may also arise.

After all, entities failing the PPT, may be at risk to prove their tax residence. In some cases, we may see that certain entities are completely disregarded as being part of a larger multinational organisation, due to lack of substance and proper functions in their jurisdiction of incorporation. It might also be the case that such entities, will not either be able to benefit from other EU Directives, apart from the treaty benefits themselves.

It is reasonable that following the implementation of the provisions, there would be a risk of increased controversies. To ensure that controversies are minimised, we believe that the companies that already have some extent of substance in the jurisdiction of incorporation, must ensure that documentation is in place to justify that they do have proper substance and their operations are backed by economic rationale to minimise controversies.

The purpose of BEPS actions is mainly to ensure that multinational organisations are paying a fair share of taxes where their activities are carried out and where profits are made.

More than 135 countries, including Cyprus, worked together on an equal footing to apply and achieve the purpose of these actions.

We realise that the tax field will never be the same again. Taxation is evolving on a global scale.

Cyprus as part of the European Union, and as a jurisdiction that complies with the OECD recommendations, is continuously developing its domestic legislation to follow the international consensus toward complying with the international tax framework.

The Cyprus economy is easily affected by International business or tax developments and concussions, as the recent war in Ukraine, as it is largely based on the professional services sector. It is our belief that we must be the gatekeepers of a new tax system that will be based on solid grounds and an economy that will consist of entities adding real value to the financial system.

RSM Cyprus is certified by Great Place to Work

Clarifications regarding sanctions against Russia

Clarifications regarding sanctions against Russia

By: Conficta Services Ltd The Tax Department reminds that the payment of tax debts arising after a tax notice has...

The new Cyprus minimum wage is now a fact

Use our CoReSIBe plan and start a better 2023!!