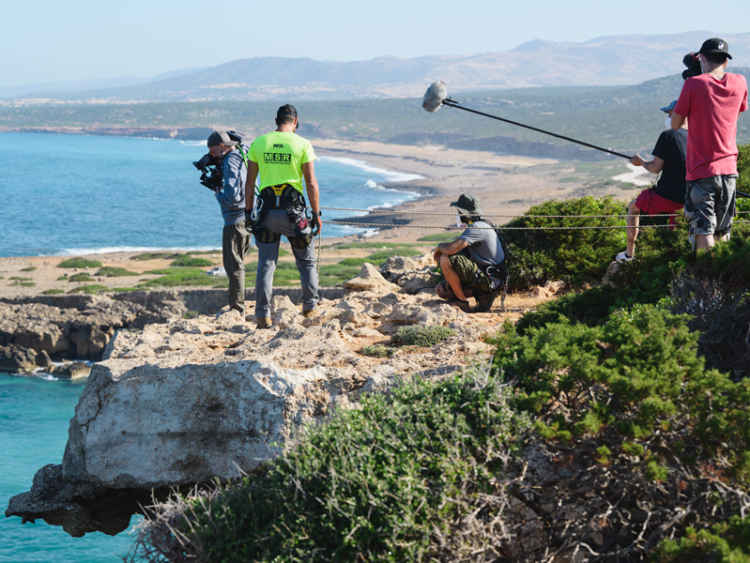 Stelana Kliris: Cyprus is an ideal destination – Strong participation of Cypriot cast and crew in all stages of production

Invest Cyprus welcomes the constantly rising interest of the international film industry in Cyprus which has become an ideal location choice for filming.

Currently, a Cyprus-USA co-production has entered the final stage of production. The movie is titled “The Islander” and it was written and directed by Stelana Kliris. Filming took place entirely in our country—specifically in the region of Peyia and in the Cyprus capital, Nicosia.

“The Islander” is a romantic comedy featuring a strong element of music and starring well-known international actors such as Harry Connick Jr, Agni Scott and Ali Fumiko Whitney, as well as esteemed Cypriot cast like Tony Dimitriou, Lea Maleni and Angeliki Filippidou.

“The Cypriot element is particularly strong in this film since, most of the team comes from Cyprus–our cast and crew who worked during the filming, and the crew currently working in post-production, are mostly from Cyprus”, Kliris noted.

The Head of Invest Cyprus unit for Filming, Lefteris Eleftheriou, says: “In recent months, the interest of international producers in Cyprus has not only increased but has transformed into filming in various areas of the island. Both the producers, as well as the actors, are equally impressed by the natural landscapes of the country and the professionals available in the field. We are confident that soon we will see several more productions taking place in our country”.

The film is funded by Uinta Productions, the Deputy Ministry of Culture, and the Cyprus Audiovisual Industry Promotion Scheme. Particularly helpful was the role of Invest Cyprus throughout the entire production implementation process, in the context of its efforts to promote the “Olivewood” brand and the country as an ideal destination for films and other productions.

“Cyprus has all those elements needed to attract an international production: Ideal weather conditions, excellent locations, and excellent crews. Our company aims to bring in more productions to Cyprus in the future What has been essential to our efforts has been the Cyprus Film Scheme by Invest Cyprus, and also the support we received from the very beginning from the Cultural Services of the Deputy Ministry of Culture”, Kliris explained.