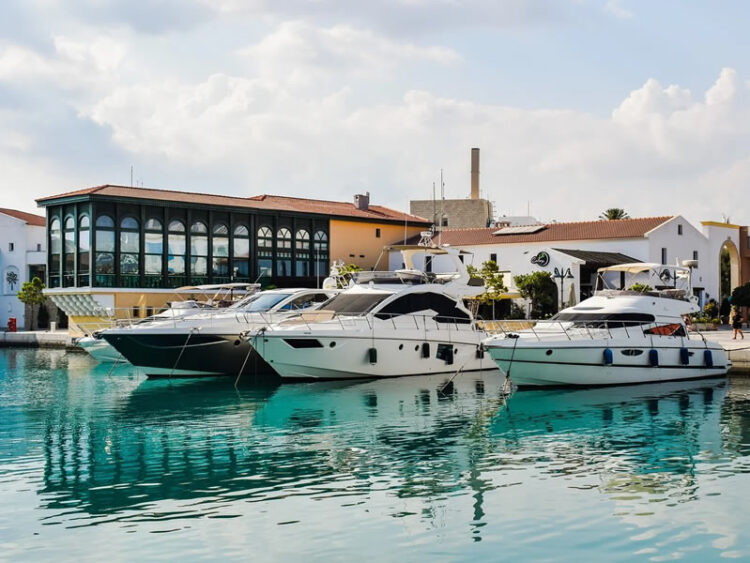 The two ministers reaffirmed the excellent relations between the countries in the shipping sector and reviewed a bilateral shipping agreement signed in 2006.

Moreover, al-Wazir and Demetriades decided to further strengthen cooperation between Cyprus and Egypt through the creation of a common shipping committee that will convene at regular intervals for the exchange of ideas and the creation of partnerships at a bilateral, regional and international level.

The ultimate aim is to bolster safety in shipping, promote initiatives for the protection of the marine environment and promote sustainability in shipping, but also to promote development in maritime transport in the Eastern Mediterranean by eliminating discrimination. The newly conceived committee will also examine the issue of digital maritime security.

The two sides will meet again in Cyprus next month during the Maritime Cyprus 2021 shipping conference which Transport Minister Kamel al-Wazir will attend after having accepted Demetriades’ invitation.

The Cypriot subsidiary of the National Bank of Greece is proceeding with a full restructuring of its operations on the island which includes the shuttering down of a number of its branches in Cyprus.

This decision stems from the restructuring plan agreed between the bank and the Greek government after the bank’s bailout in 2012, as well as the failed sale of its Cypriot subsidiary.

The bank has stated that its clients in Cyprus will not be affected by the reduction in operating branches and may continue to be serviced by their branches in central Nicosia, in Limassol, and in Strovolos, although the Strovolos branch will cease servicing clients on November 30, 2021.

Consequently, the bank has confirmed the closure of branches in Paphos, the Famagusta district, Larnaca, as well as four branches in Nicosia and Limassol.

Deloitte has finally launched its Technology Fast 50 programme in Cyprus, as part of a wider regional launch which also includes the United Arab Emirates, Saudi Arabia, Qatar and Bahrain.

According to a description by Deloitte, the Technology Fast 50 is a ranking of the region’s 50 fastest-growing technology companies, based on revenue growth over the last four years.

“This programme is for companies that have developed a technology-related product and celebrates innovation and entrepreneurship,” the company explains.

“Given their [fast-growing technology companies] significant role as drivers of future growth, these companies deserve special recognition and support – and that is exactly what this competition is designed to provide,” the company adds.

There are three primary criteria for enrollment into the programme. Firstly, the company must generate more than 50 per cent of its operating revenue from products, services or licenses that are established from its own proprietary technology; secondly, the company must have been founded in one of the aforementioned countries or have its headquarters in one of those countries; and thirdly, the company must be operating in of the following industries, Communications and Networking, Digital Commerce, Electronic Devices, Hardware & Semiconductor, Enterprise Software, FinTech, Life Sciences & Health Care, Media & Entertainment, Mobility, Sports, Education and Sustainability.

Action Global Communications, an international communications agency operating in Cyprus since 1971, has appointed Dimitris Ioannides to the position of Group Innovation & Growth Leader.

“As Group Innovation & Growth Leader, Dimitris will focus on our strategic development, leading Action Network offices in Eastern Europe, the Eastern Mediterranean, the Middle East and North Africa (MENA), Russia, and the Commonwealth of Independent States (CIS), as well as investing in innovative solutions that will be offered to our customers,” Action Global Communications CEO Chris Christodoulou said in a statement.

A number of architects and other related experts have called upon president Nicos Anastasiades to cancel tenders for the construction of government buildings.

“With the project being assigned to the lowest bidder without any evaluation of the architectural proposal, reveals the inability of the system to understand the value of architecture for the benefit of society, the environment, culture and the economy,” the statement said.

“The argument of choosing this method for the supposedly timely and on-budget implementation of projects of this scale and importance is not valid, with many examples internationally that prove the opposite,” the statement added.

Eurobank Cyprus has released its financial results for the first six months of 2021.

The bank posted an after-tax profit of €24.1 million during this time and reached deposits of €5,931 million in total.

In terms of the bank’s loan-to-deposit ratio during this time, the bank stated that it now lies at 32 per cent.

The bank has also noted its low Non-Performing Exposures (NPEs, this figure remains low at 3.14 per cent.

Finally, in terms of operational costs, the bank’s cost-to-income ratio is at 40 per cent.

The Ministry of Labor, Welfare & Social Insurance announced that the ERGANI Information System will enter into force